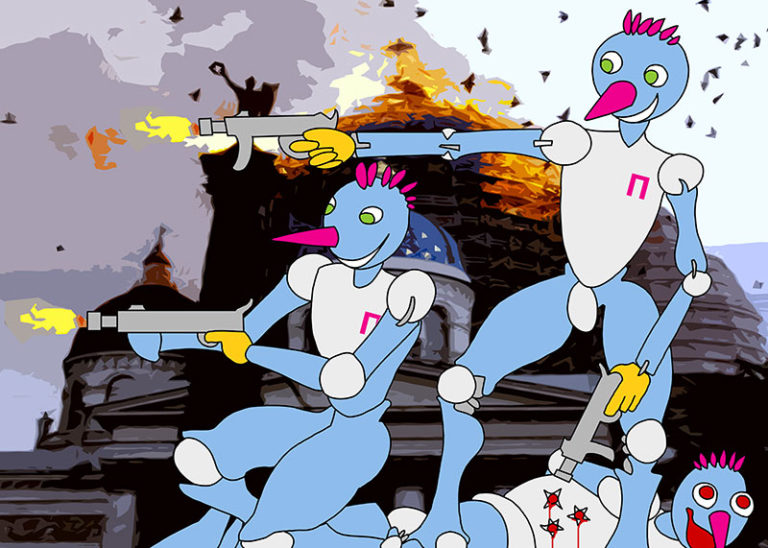 Click on the main image to view it in full size! Chose color and size and add to cart.
Add to Wishlist
SKU: 047 Category: Pinocchio Tags: pinocchio, prints

Cristiano Ceretti, Post-Pop artist, from Milan transplanted in St. Petersburg, is present at the 54th Venice Biennale with the video installation “Pinocchio goes to Smolny”. Smolny is the public building in St. Petersburg, built between 1806 and 1808 by Italian architect Giacomo Quarenghi, the evident imprint of neo-classical buildings of Palladio. It is not so unusual, therefore, that the Milan Cristiano Ceretti, already awarded in past years in the Master Class of the city on the Neva, none other ports that the puppet of Carlo Collodi – Pinocchio – the symbolic place of Russian power. Smolny, in fact, after being the institution that received the noble girls, has become the seat of the provisional government of the Bolshevik revolution, then of the Soviet Communist Party, and the city administration of St. Petersburg. Emblematically, Putin himself has worked in the building of Smolny soon after Yeltsin’s putsch, until the mid-90s.

What draws post-pop artist Cristiano Ceretti, from the unpublished meeting between the most popular guy in the world of wood, with a temple of power as Smolny? A figure, meanwhile, have in common: they are both, in their way, the mutants. The faces of power one another over the centuries, but Smolny is the stage on which his masks chase with systematic basis. Pinocchio, half robot, half man, is also a person of passage, transition, a nomadic existence, upon which a rudimentary wood technology – a prototype of the post-human, we would say today – that Ceretti projects in variegated contemporary scenarios of urban and natural life, the Venice of the north. Hybrid is the artist’s painting technique.