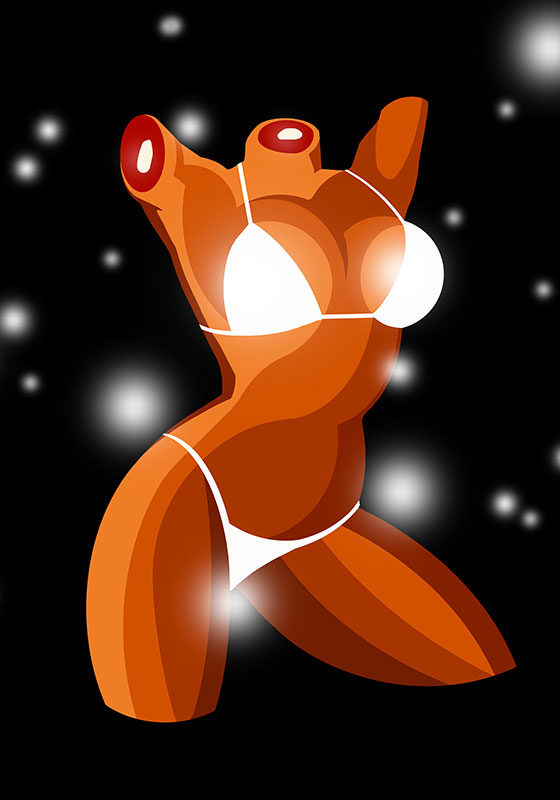 Chopped bikini is easily associated to the art work of a serial killer who amputated his victims and then place them in plastic poses dressed with only a bathing suit. The name is inspired by an unknown killer in Long Island.

The Long Island serial killer (also referred to by media sources as the Gilgo Beach Killer or the Craigslist Ripper) is an American unidentified suspected serial killer who is believed to have murdered 10 to 17 people associated with the sex trade over a period of nearly 20 years and dumped their bodies along the Ocean Parkway, near the remote Long Island beach towns of Gilgo Beach and Oak Beach in Suffolk County and the area of Jones Beach State Park in Nassau County.

On May 9, 2011, authorities surmised that two of the newest sets of remains might be the work of a second killer. On November 29, 2011, however, the police announced that they believe that one person is responsible for all 10 deaths and that they did not believe that the case of Shannan Gilbert, an escort who was missing when the first set of bodies were found, was related. “It is clear that the area in and around Gilgo Beach has been used to discard human remains for some period of time,” said Suffolk County District Attorney Thomas Spota.